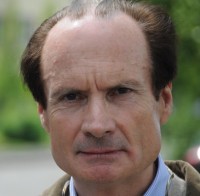 (Read also the opposite hypothesis here).

(Updated April 10, see below). Here’s my main hypothesis on the IH-Rossi affair, after a few days (BTW in line with what Torkel Nyberg/Sifferkoll argues):

– With the license agreement signed, IH had the possibility to get access to the whole IP for a world changing technology, paying ‘only’ $11.5M after the 24h Validation Test in May 2013 (as specified in the License Agreement). And they did.

– IH then never intended to perform the stipulated one-year test (Rossi claims that they continuously tried to delay it), but instead wanted to get rid of Rossi and progress with R&D, based on the IP they hade received. By not undertaking the one-year test they would save $89M (which according to the License Agreement should be paid after a successful ‘Guaranteed Performance Test’).

– With the IP in hand, and with successful demonstrations, IH could raise funding which could be used for investing in other companies in the field, (UPDATE: As far as I have understood, IH has not invested in Brillouin Energy. It has been reported that Darden invested personally in Brillouin, but before putting up IH)—companies having experts that could help them working with the technology, since they didn’t posses the skill or competence themselves to use the info obtained from Rossi. They also approached individual experts in the field, asking them to work with IH.

– However, like everyone else in this story, IH underestimated Rossi—thinking that he was just another of those confused and not-so-business-and-competition-prepared inventors out there, when he was instead extremely focused, persistent (being an former long distance runner), competitive, intelligent, intuitive, far-aiming and hardened by tough experiences in a fairly corrupt power game country like Italy; Rossi managed to find a location and a customer for the one-year test, and also completed the test (which IH maybe didn’t expect), furthermore with exceptionally good results—a COP (Coefficient of Performance) above 50, far beyond the requirement in the License Agreement for full payment, a COP>6.

– Rossi saw this coming, observing IH’s actions, including investing in other companies, filing competing patent applications with false inventors and with copied material from Bologna University’s HotCat report without permission, and probably a series of other observations, and he started to prepare the lawsuit.

– Having already gone through a similar process with the Greek company Defkalion, which systematically delayed payments, Rossi this time decided to be ready to sue immediately the day after the payment of $89M was due (five days after receiving the ERV report, as specified in the License Agreement).

– Probably, at this point, Rossi also saw the possibility to get out of a license agreement which was far to advantageous for IH, given the achieved COP of 50, and given that the agreement gave IH full sales and manufacturing rights in markets covering over 50 percent of the world’s GDP, as Torkel Nyberg notes. Thus he could regain control of manufacturing rights in the whole world, with sales rights still being licensed in some markets.

– Again, IH underestimated Rossi. They realised that the completion of the one-year test would become a problem and issued a statement, with support of the PR and crisis management firm APCO Worldwide, in order to discredit any information not coming from themselves. But they were probably not prepared for the immediate and extensive lawsuit submitted by Rossi and Leonardo Corp. IH’s situation now became delicate.

– The lawsuit will probably go on for years, but it’s interesting to note how Rossi has systematically used his blog and the Internet to spread public knowledge on his activities, challenges and progress. In my book he described how he was destroyed by Italian media during the Petroldragon affair, since media then had unchallenged power over individuals, and that this is no longer true with Internet giving everyone the possibility to reach out to the world. Therefore it’s also logic for Rossi to demand for a jury to settle the case.

– The lawsuit could possibly over time develop into a parallel to the Honeywell, Inc. v. Sperry Rand Corp. case regarding the invention of the electronic computer—a case that went on from 1967 until 1973, which some people argue was in order to keep third parties out of the computer business, with lawyers on both sides dragging out the lawsuit as long as possible.

So this is my hypothesis. I might be wrong. Maybe IH simply underestimated the difficulties to raise the necessary funding. What they raised (reportedly about $60M, excluded Chinese funds for a collaborative project in China), was enough for investing in a few other LENR technology companies and for buying some patents, but not for paying Rossi the remaining $89M. So IH found itself in a difficult situation and didn’t find a good way out (but they could at least have tried to negotiate?).

Some suggest IH was forced by the US government, in order to keep the technology in the US, free from a foreign inventor, but realistically in that case, I believe the government would gladly have paid $89M to keep things quite and clean. We’ll find out one day, maybe.

(UPDATE April 10): As I wrote in a comment here below, thanks everyone for interesting and thought worthy comments so far. My hypothesis might not be the best, or not even close, and it’s the discussion that brings out a wider perspective.

One of the possible interpretations that have been brought up, that I also believe could be right, is that IH is correct in its statement that it has not been able to ‘substantiate’ the results claimed Rossi, meaning that they have received the technology instructions for doing it, but have not been able to make a satisfactory replication with other people’s help, at some level of efficiency (COP) that they consider Rossi has achieved. And since it’s stated in the license agreement that Rossi has to make sure that IH can successfully use the instructions transferred after the 24h Validation Test in May 2013, this would be a motive for not paying. Yet, in that situation, IH would still keep the agreement open, since they see the possibility that they could succeed to replicate with high COP, and in that case pay the $89M and go ahead with Rossi.

This would also explain why IH has approached experts in the field, to collaborate with them. One crucial question might of course be how many attempts they have made so far, and with what skill and expertise.