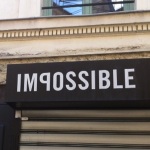 Sadly enough, several other researchers within the field of LENR and cold fusion passed away during the same period, and I would like to commemorate them too in this post (click on their names to get further information about their lives and their careers):

Again, if LENR/cold fusion turns out to be an important energy source that might bring fundamental change to the world, which you probably know by now that I personally believe, none of these researchers were ever recognized for their important contributions to the knowledge in this field.

If my book can contribute to raising public attention for LENR, and increase the possibilities to build on these researchers work in order to find out as soon as possible if there’s a way to make this technology useful for humanity, I would be more than happy.

So far I have been overwhelmed by the response to the book. Many have given me strong support, for which I’m very grateful, and a few have criticized me, which has given me the opportunity to go through the arguments for bringing this story to public awareness.

Nobel Laureate Brian Josephson made a short review of the book at Nature.com, and you can read his review on the start page of Animpossibleinvention.com.

Frank Acland at E-Cat World made an interview with me, which is published here.

Several persons have written reviews that you can find at the book shop An Impossible Invention — Shop (you’ll find the reviews under each version of the book).

An intense discussion has been going on on my personal blog — “The Biggest Shift Ever”.

And many of you have emailed me directly with wonderful personal support. Thanks!

I’ve also found a few errors which have now been corrected in the e-book version:

The Italian words cappuccino and colazione were misspelled, as was the name of the road Viale Fulvio Testi in Milan, and also the name of the Italian steel mill company Falck (which I at one occasion called Salk). Due to an error in translation from Swedish, I put a binocular in the hands of Galileo Galilei, but of course he used a telescope.

As you know, this story is still unfolding and I’m receiving information that I will share in this blog, and that will also be added to both the ebook and the paperback in upcoming editions.